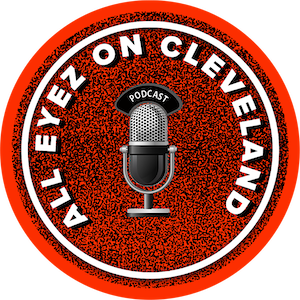 Brad Ward’s podcast is not only unique among Browns podcasts for its topics which can be very deep for even the most rabid fan, it’s also easy enough to understand for casual or newer Browns fan.
Brad often brings interesting guests aboard that sometimes disagree with the host, which often is not the case.
Give this a try,Browns fans. I think you will be hooked.
Disclosure,I have appeared on this show once, but I was already a listener and fan, so my rating was not influenced.

All Eyez on Cleveland podcast